Chennai Photo Biennale Foundation in collaboration with the Diffusion Festival/Ffotogallery, Wales with the support of the British Council and Wales Arts International had launched an Open Call for a grant for resident photographers and lens based artists from India and Wales to submit proposals on the theme - IMAGINING THE NATION STATE.

The applications were reviewed and selected by a noted jury of artists and curators - Monica Narula, Raqs Media Collective and Sheba Chhachhi from India, and Damarice Amao - Assistant Curator of Photography, Centre Pompidou from France along with the organisers, Shuchi Kapoor from Chennai Photo Biennale Foundation and David Drake from Diffusion Festival/ Ffotogallery, Wales.

What the Jury has to Say

"The crises we are living amidst today- the pandemic, migration, geopolitical tensions, the calling into question of race and gender inequalities, undermine more than ever the foundations of the concept of ?nation state? born in the 19th century. At the same time these tensions reveal a continued intense desire to build community beyond borders or even simply with our neighbors from our building or locality. What sensitive and symbolic narratives can individuals bring out and share from these existing communities and those to come?" - Damarice Amao

?Imagining the nation-state allows for an opening into questions of justice, and location, in the world. To imagine this now is a necessary challenge, as our highly volatile and networked world makes for a peculiar space for both its presence and its disappearance.? - Monice Narula, Raqs Media Collective

"We live in times of great upheaval at every level ? ecological, political, economic, social, personal ? and the pandemic has brought underlying structural issues into sharp focus, emblematic of a pre existing systemic crisis. Globally, states and populations have responded to this by populist authoritarian measures and reconstructing nationalism. In India, we witness, through the unprecedented use of mediatic means, the creation of a narrative of an imagined expansive Hindu Nation, markedly different from previous imaginings of the nation. I believe the invitation to critically engage with questions around the nation, states, and identity is both timely and significant."- Sheba Chhachhi - Artist, Writer

Awardees and their projects 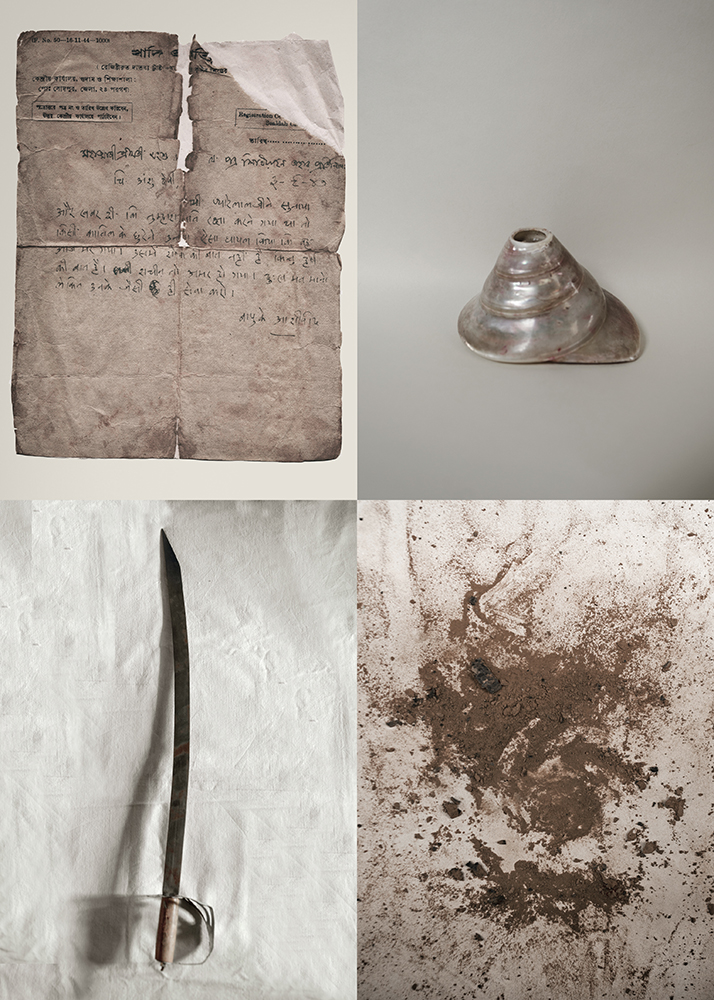 ? After the partition, even if the city of Calcutta has been recovering, the sense of discrimination prevails while giving rents to different communities or in some job sectors. Partition still prevails. Since independence many riots have taken place, but the rearmost one is the citizen amendment act conflict that happened in Delhi in 2020. Due to Covid-19 outbreak when patients were asked to self-isolate, a huge clash began at Telinipara, Chandan Nagar, West Bengal, refusing to stay with people from other communities. India is already going under an economic downfall due to the Covid-19 outbreak which is inevitably going to result in famine and with the addition of these clashes, conditions are going to worsen even more.? Dipanwita Saha is an independent photographer based in Kolkata. Her interest in photography stems from her father. She completed her graduation in Software Engineering. Using personal and subjective modalities in her documentary practice, she explores the complexities of societal frameworks and dynamics of political institutions in contemporary India. Dipanwita's primary areas of interest are history, cultural narratives and socio-political changes. As part of her image-making practice, she likes to deploy the personal voices, metaphorical exploration and abstraction to unravel narratives of people, places and their histories. 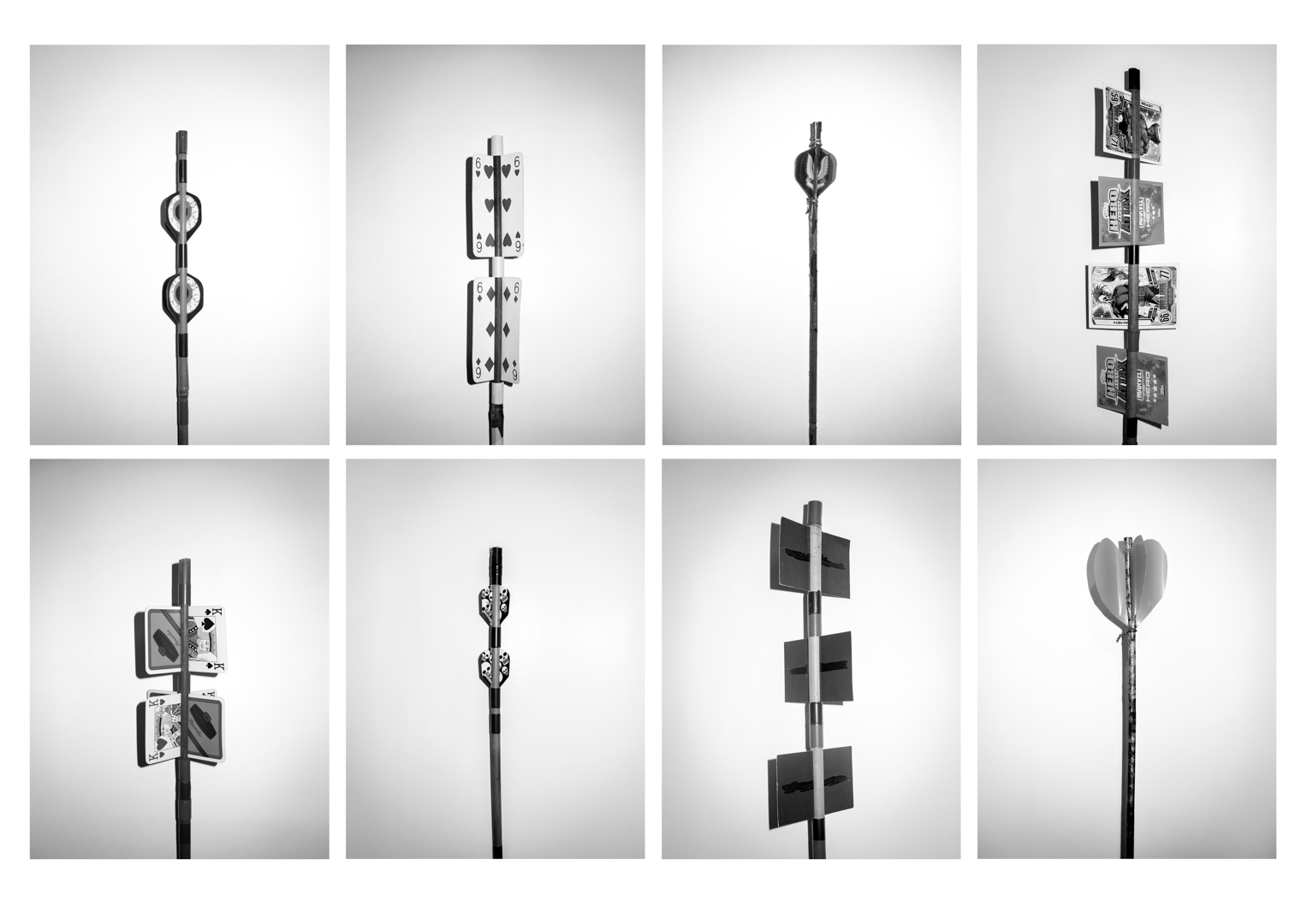 ?Set in the peripheral of a small ex-mining village in the Gwendraeth Valley, this is a multi faceted collaboration project using a variety of media outlets - Social media, Blogs, Live Streams, Exhibitions - in an attempt to create a new perspective of Welsh-ness at the dawn of a Metamodernist era. While providing a rare and detailed insight into one of Wales' lesser explored and culturally rich communities. Celebrating the wonder of childhood, friendship, and all things welsh, this project tells the tale of an 80s generation that saw the best of both worlds, old and new, while expanding the visual identity of Wales beyond its stereotypical archetypes.? 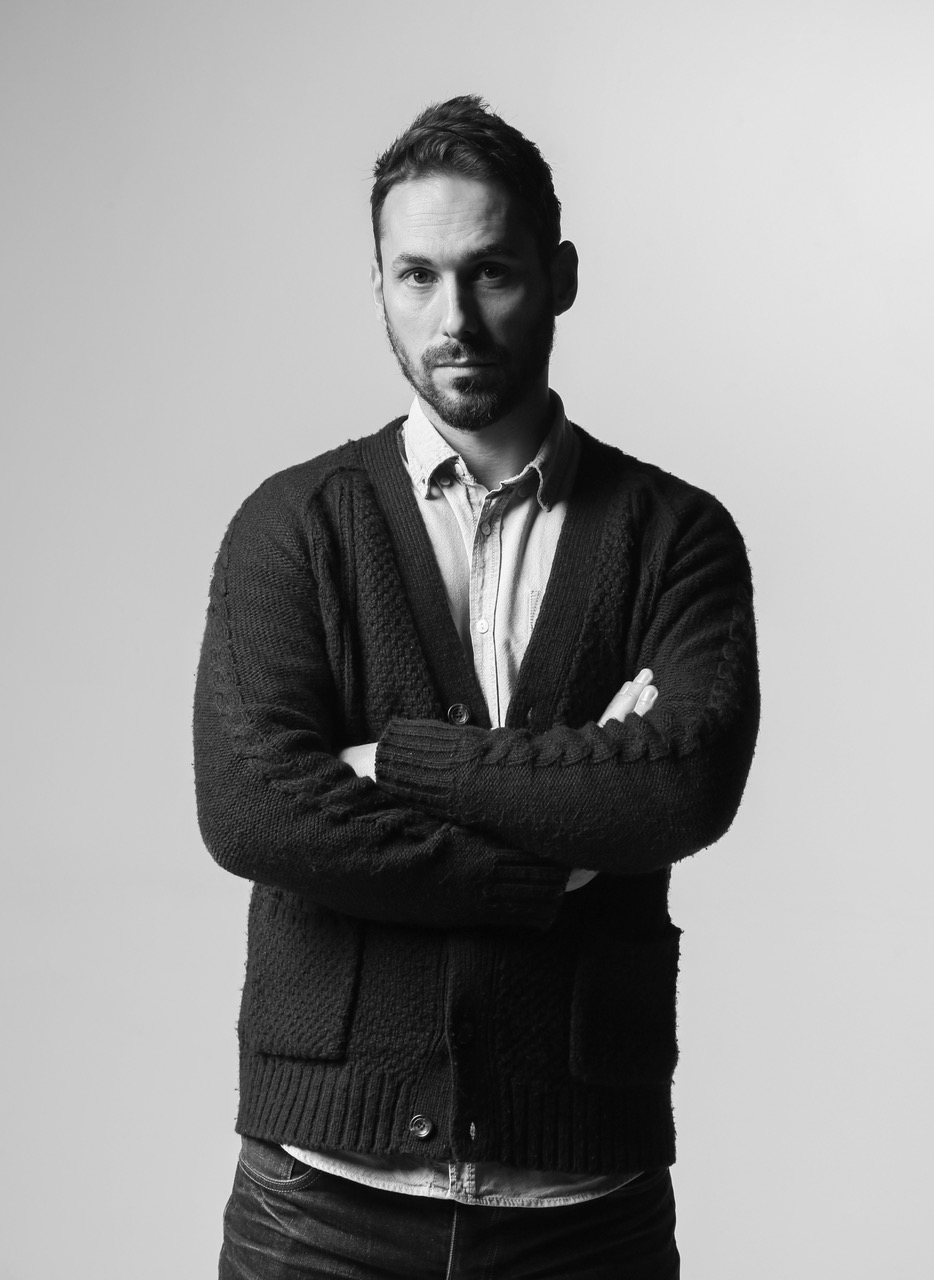 An artist and photographer of the documentary kind, Huw Alden Davies explores the lines of visual and written narratives, studying concepts such as sense of place and cultural identity. While pushing the boundaries of visual media, his work is focused largely on recording the history of his village, Tumble, part of the Gwendraeth Valley, in South West Wales.

As a Lecturer and Program Director for BA Photography at Carmarthen School of Art, he continues to develop his teaching practice coinciding with his work as a documentary photographer, exhibiting artist, and bookmaker; pursuing a wide range of projects investigating visual concepts and theory through traditional and contemporary processes, while informing his discipline as professional and educator.

Project Title - Out of Breath 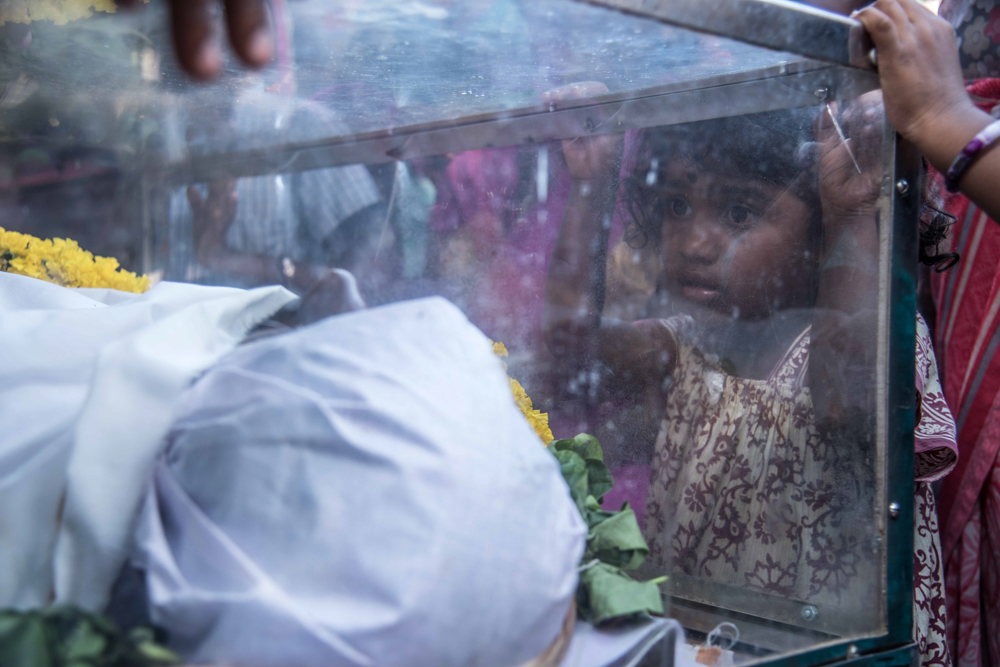 ? Even with a reservation system in place to tackle the inequalities caused by the caste system, the policy makers and bureaucrats have mostly been those of the higher caste. Making it easier to let the inhuman activities continue even till day or go ahead unnoticed and unquestioned. By documenting these stories, I have been able to shed the essential light on this dirty subject of manual scavenging. I have been focusing mainly on the death caused during the work and also the kid?s life in the household which is caught up in this turmoil.? 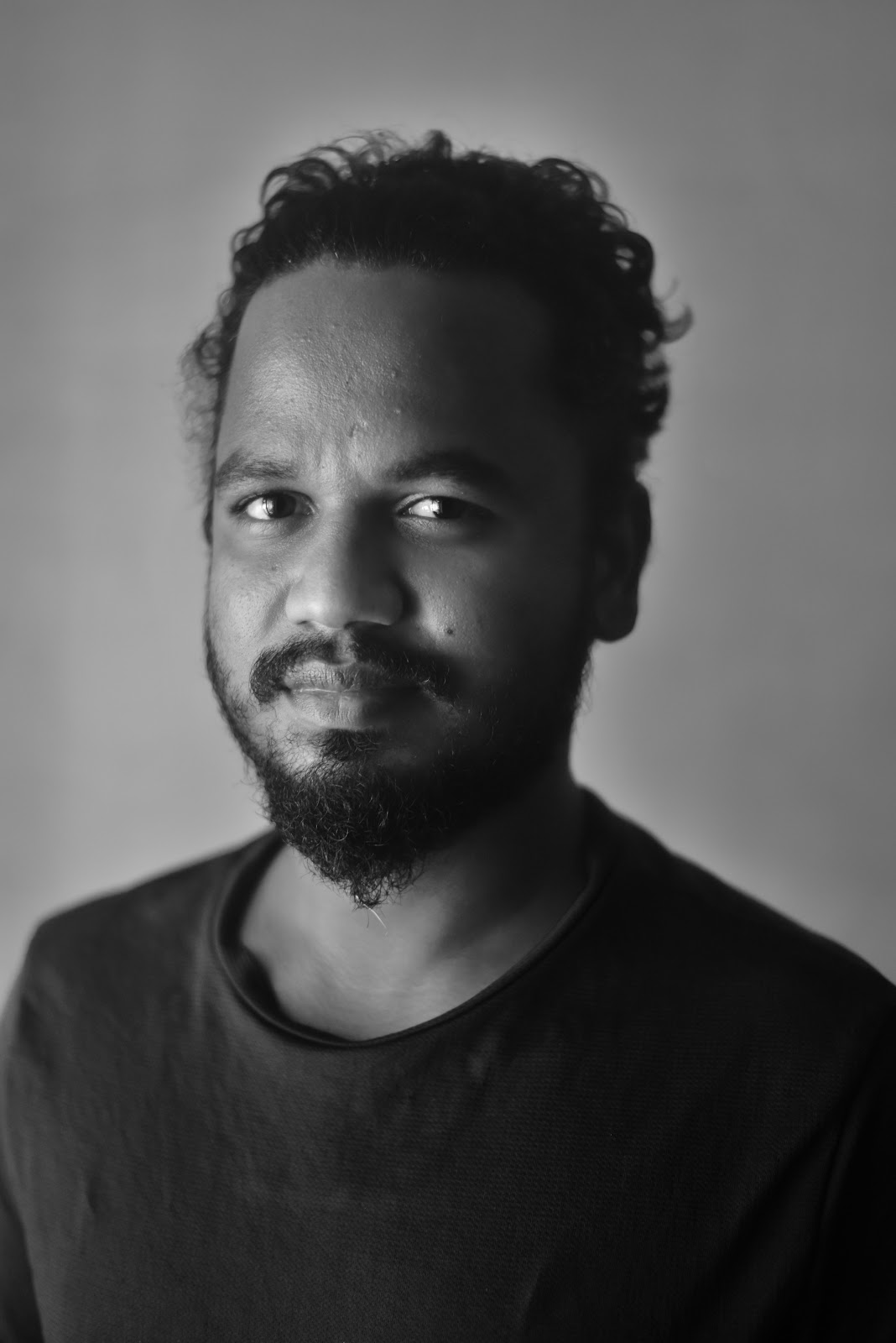 Hailing from the village of Jawaharlalpuram in Madurai district, M Palani Kumar decided to pursue engineering as per the wish of his mother, a fish-seller. He graduated in B.E. In 2013, while he was still pursuing engineering, he applied for a loan and purchased his first camera.

He worked as a cinematographer for the critically acclaimed documentary Kakoos? a searing narrative on the lives of manual scavengers in Tamil Nadu. In a couple of years, Palani opened his first photography exhibition in Chennai, featuring photographs clicked by the children of manual scavengers, who were trained through Palani's workshops. As a fellow of PARI, Palani is currently documenting the working-class women.

Palani is associated with Pep Collective - a form of socially responsible photographers in Tamil Nadu. He was recognized as Top Ten Humans 2019 by Anandha Vikatan for his socially impactful work through the years. In March 2020, he received the Best Story of the Year - 2020 award from the Public Relations Council of India.

He attempts to sensitize the work of manual scavengers to an otherwise de-sensitized world and hopes to continue using his art form to throw light on the marginalized communities. 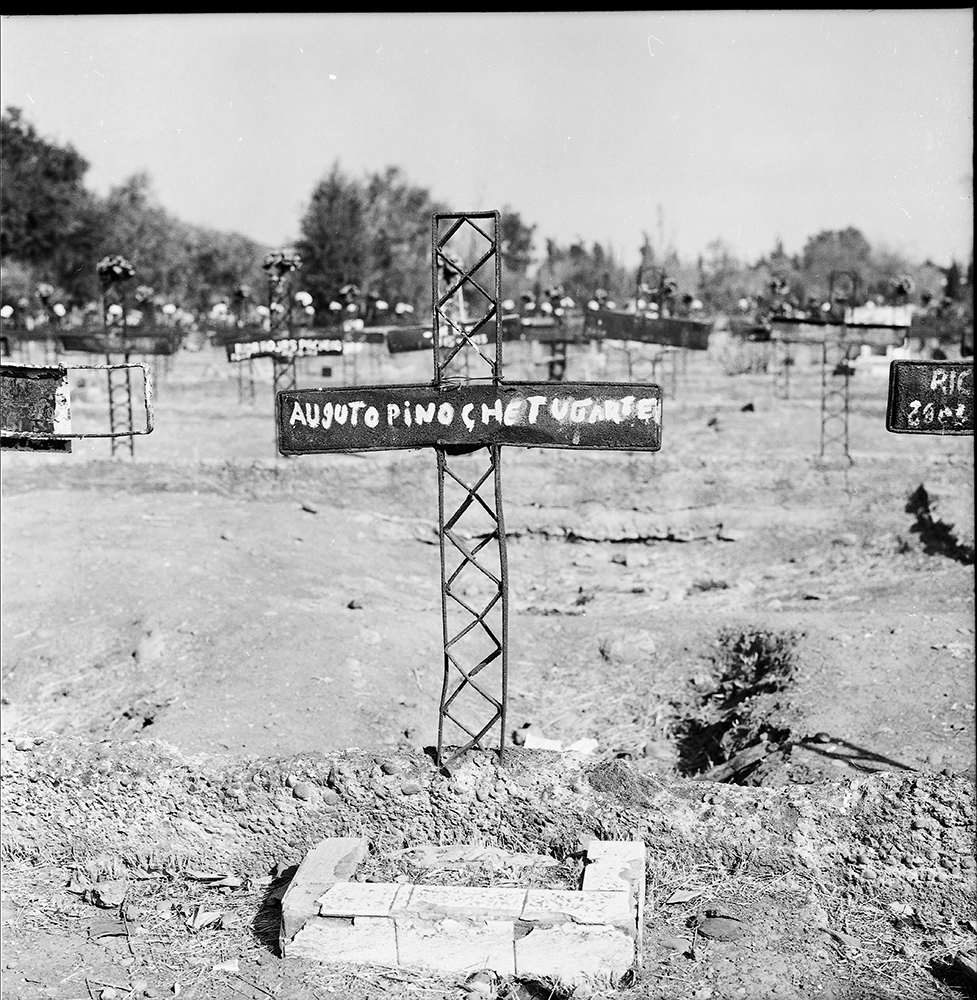 ? Nostalgia is an imaginative longing for a home one never had, or that never existed (Boym, 2001). We strive to belong, to a place, to an ?imagined community? (Anderson, 1983). In liminal spaces, where one has been dislodged from their ?home?, what does it mean to belong? Do we imagine a place within ?a nation-state? or one in perpetual transition? These are questions that exiles carry with them and are fissures passed on to their children. My project ?El oto?o? (?the Autumn,?) named after Garc?a M?rquez novel The Autumn of the Patriarch, addresses these questions and contributes to discussions on identity following displacement. Forced migration continues at an alarming rate with one of its maximum expressions in the refugee crisis in Europe today. This project looks to another example of the long legacies of displacement.? 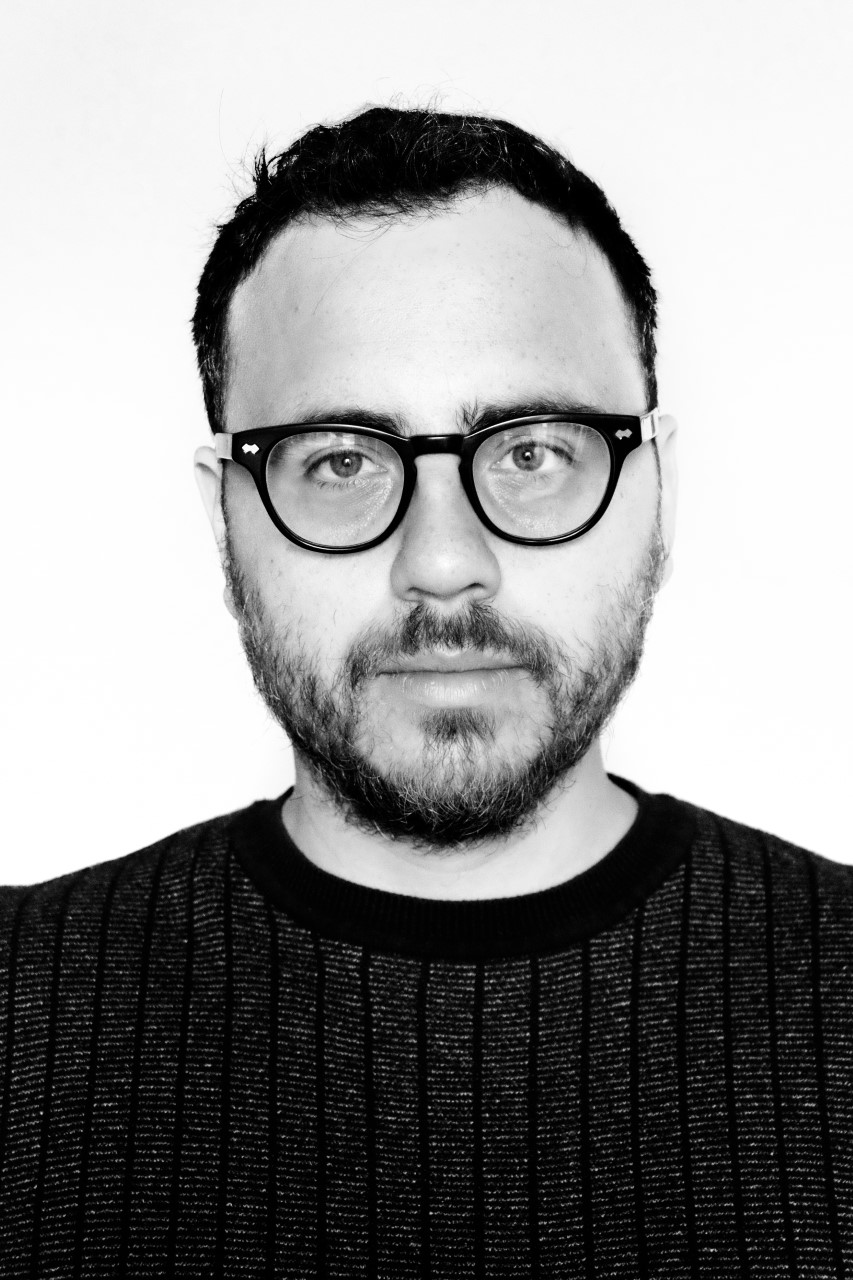 Sebastian is a British Chilean artist-photographer, curator and researcher based in Abergavenny Wales. Sebastian has exhibited in various venues in the UK including in London, Essex and Bristol and has had his photography published in news media. He has also had his academic research on art published in peer-reviewed academic journals, online academic blogs. Sebastian?s principal focuses in his work are on memory, place, archives, and identity. In 2006 he began a longitudinal transnational project exploring his identity and the legacies of dictatorships in Latin America utilising archival materials and his photography, incorporating his scholarship on the interstice between art, memory, and activism. 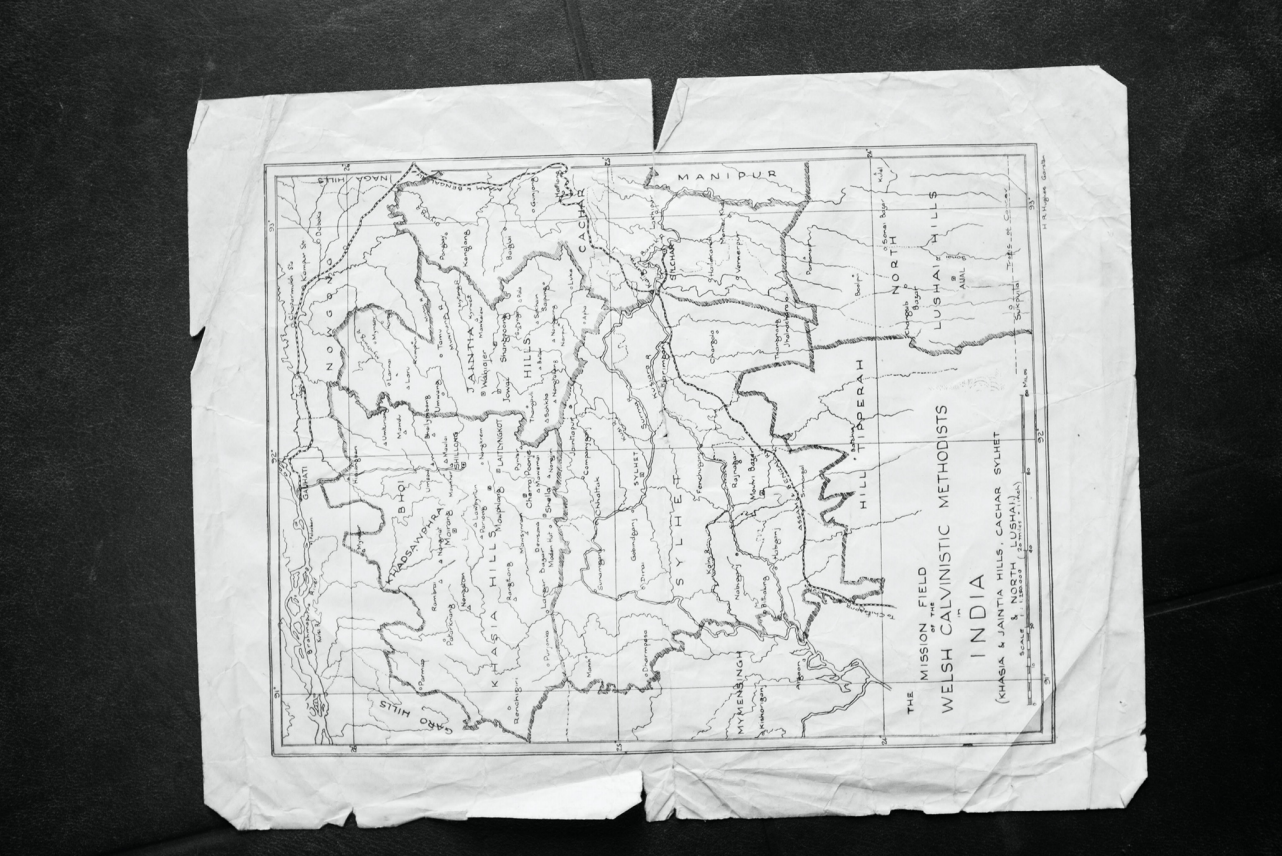 ?India is being remade. Once celebrated as a great pluralist success of decolonized nation building, many of its post-colonial benchmarks are being quickly reworked, erased, made redundant. But if you watched India from Khasi-Jaintia Hills of its Northeast, you would have seen the glorious Indian story a bit askew.

For the last thirteen years, I have been trying to make sense of the idea of faith and identity and contestations around the questions of faith and nation making amongst the Khasi Jaintia people. Fourteen because in 2006, revival swept through these hills turning children into prophets. Travelling within the hills and the Welsh Calvinist Methodist Missionary Archives at Aberystwyth in Wales examining the politics of identity making.? 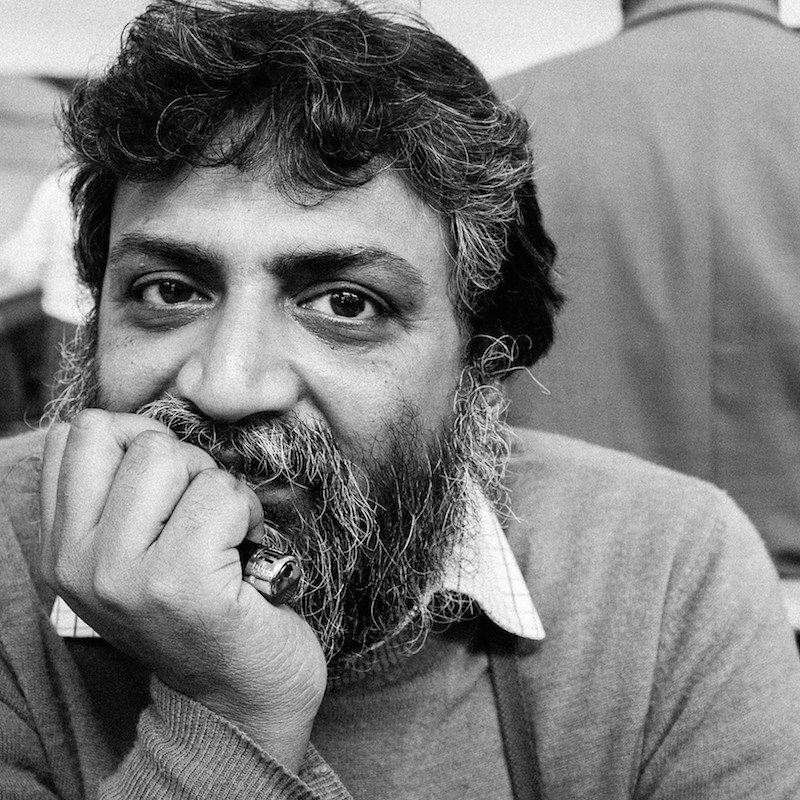 Tarun Bhartiya is a Maithil documentary imagemaker, Hindi poet and political activist based in Shillong, Khasi Hills, India. His photographs and image essays have been published in magazines and as covers of many books.

As an editor he has worked on notable films with film-makers like Vasudha Joshi (Girl Song, 2003 and Cancer Katha Special Jury Award, National Awards 2012), ?Red Ant Dream? (Editor & Co-Writer, Sanjay Kak, 2014), ?Jashn-e-Azadi? (Sanjay Kak 2007). He returned his National Award for Best Editing for ?In Camera? (Ranjan Palit 2010) in protest against the state fascism.

His poems and their translations have appeared in various anthologies including Dancing Earth: Contemporary poetry from North East India (Penguin).

He is a member of Thma U Rangli Juki (TUR), a progressive people?s group in Meghalaya and part of RAIOT Webzine, www.raiot.in

This is a standard alert.

I'm a cool paragraph that lives inside of an even cooler modal. Wins!

Okay
This is a standard alert.

I'm a cool paragraph that lives inside of an even cooler modal. Wins!